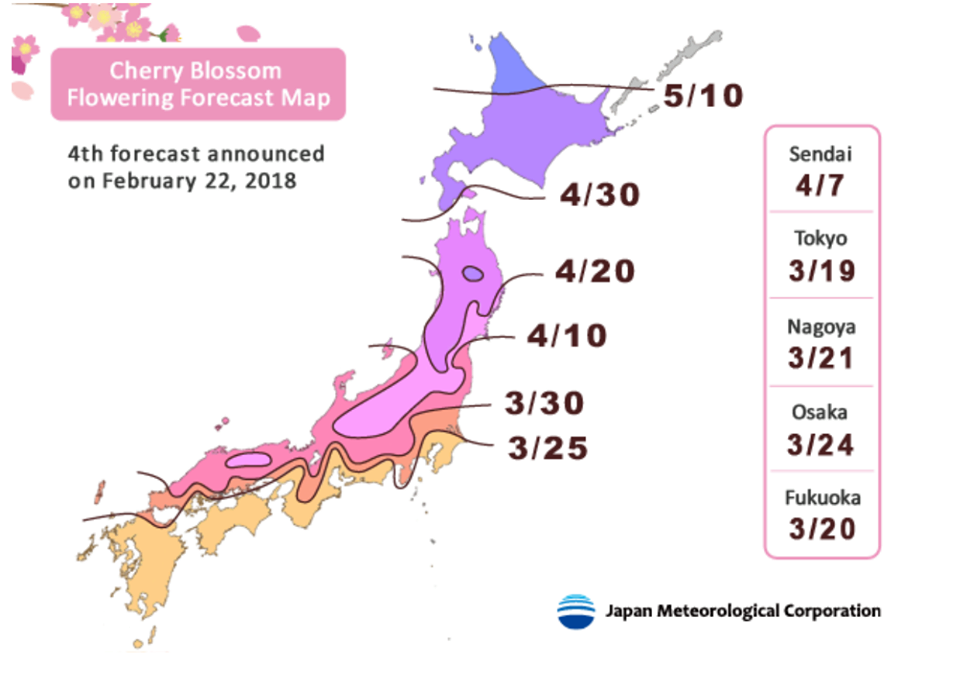 Planning to find out why the cherry blossom is such a big deal in Japan? Go see it yourself!

Here you can find the information about the cherry blossom forecast for 2018 to make your planning a little easier.